Sustaining and completing tuberculosis (TB) treatment is a challenge for many people affected by TB. The treatment takes six to eight months, requires regular trips to medical facilities, and can, when not supported, result in TB treatment defaulting. 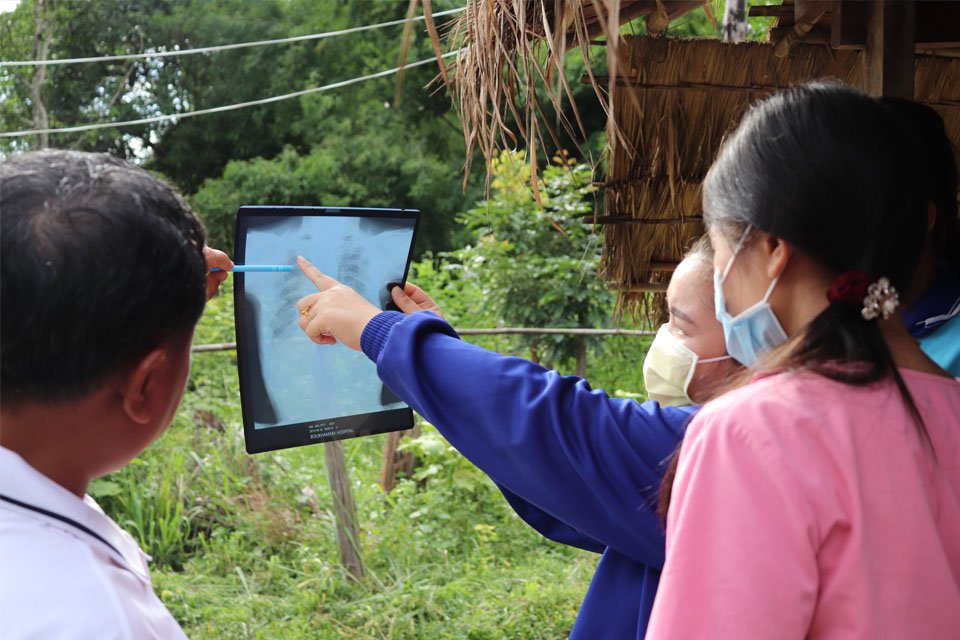 Humana People to People Laos is implementing a Total Control of TB Active Case Finding project covering 200,000 people. The organization raise awareness about TB, and refer people with symptoms to the health centers for testing. The project incorporates Village Health Workers in all activities and mobilizes communities to support their TB-affected peers.

To support people affected by TB in rural and remote areas of Laos, Humana People to People Laos establishes psychosocial support structures at household level. TRIO as the support structures are called, consists of the TB patient and two family members or close friends. The TRIO’s task is to secure that the TB patient adheres to the medical treatment, and help him boost his immune system. To that end, the project team raises awareness about the importance of good nutrition, provides vegetable seeds and small animals and support home gardens and animal raising.

The first national TB prevalence survey in Lao PDR, conducted in 2010–2011, revealed that the prevalence of bacteriologically confirmed pulmonary TB was estimated at 237 cases per 100,000 people. According to World Health Organisation March 2017, Dr Bounkong Syhavong, Minister of Health said, “We have a high TB burden in Lao PDR, there are about 3,300 TB related deaths each year. I would like to encourage everyone who suspect that they have TB to be tested; we have sensitive diagnostic tools (digital X-ray machine and Gene Xpert) used for TB detection and treatment is available for positive patients.”

Mao Yengyang from Phaday village, Bolikhan District, is currently completing his second TB treatment. This time, he is confident he will recover as he has the support of his family as well as Humana People to People Laos. His story mirrors the general circumstances for many villagers suffering from TB as they lack treatment support.

"In 2009, I was coughing heavily and non-stop. I thought my condition would not be that serious, and I treated myself with traditional means such as injecting ampicillin and smoking opium. Many people had told me that smoking opium would cure my condition and make the symptoms disappear,’ says Mao Yengyang. Unfortunately the advice from Mao’s friends made him to become addicted to opium.

It took a government initiative of searching and collecting the opium addicts in Mao Yengyang’s village to discover his TB infection at the Bolikhan District Hospital.

‘The doctor had me tested for TB which returned positive. At the hospital, they told me about the disease and the importance of sustaining treatment for 8 months. I was discharged from hospital, sent home with 3 months of medication and instructions to take it on a daily basis’ says Mao.

When Mao reached home he punctually took his three months’ medication and his condition improved; and that made him to decide to stop further follow-up with the hospital as he had been advised by the medical practitioners. The district hospital made an effort to reach-out to Mao but he considered himself out of danger, and thus he comfortably stopped further engagements with TB treatment requirements.

‘Towards the end of 2019, my bad cough came back again this time much tougher than before. My sickness happened at the same time Humana People to People Laos launched its TB case-tracking project in our village. When the team arrived I told them about my condition. My sputum sample was collected for diagnosis and I was found TB positive,’ explains Mao.

Humana People to People Laos chose not to rely on the word of promise of Mao to stick to daily uptake of TB medication. They got the support service of Mao’s wife and his child to be part of ensuring TB drugs are taken at prescribed times, efficiently and precisely. The structure became the TRIO assisting Mao in his journey towards TB cure.

A Community Health Officer assigned by the project calls Mao’s wife or the child every day to get confirmation on whether Mao has taken TB medication. This double verification process is a strict community-led adherence support mechanism key in supporting the completion of TB medication by the TB active case patients.

The TRIO not only ensures daily medication intake, but also supports the TB client to improve their nutrition. For this purpose, Humana People to People Laos trains TRIO members in nutrition awareness and home gardening, and provides them with seeds, tools and small livestock. Improved nutrition supports the recovery process and strengthens people's overall health, thus boosting their immune systems and helping to prevent reinfection.

‘I am so grateful that the project team is here to support my treatment, and that this time, I am set to fully recover from TB. I would like to thank the Humana People to People Laos project team as well as the doctors and nurses who have helped me to understand TB and its treatment," says Mao with a broad smile.

COVID-19 Vaccination: Calling for Lives First Before Profit
Inequality and poverty are at the center of getting a People’s Vaccine, key in saving lives against the COVID-19 pandemic. 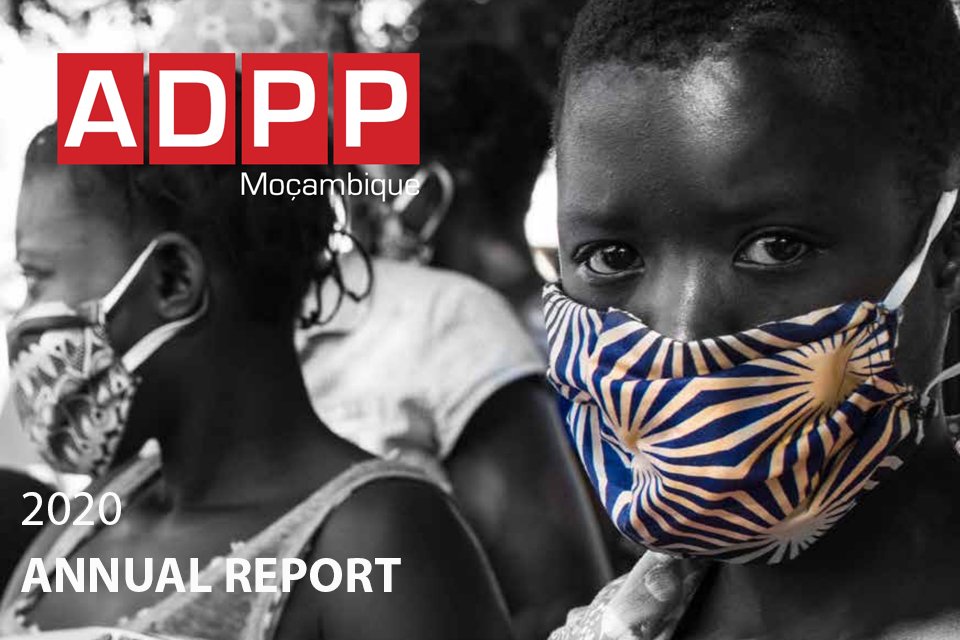 ADPP Mozambique's 2020 Report capture exciting impact
We are excited to share with you the insightful and informative ADPP Mozambique 2020 Annual Report. 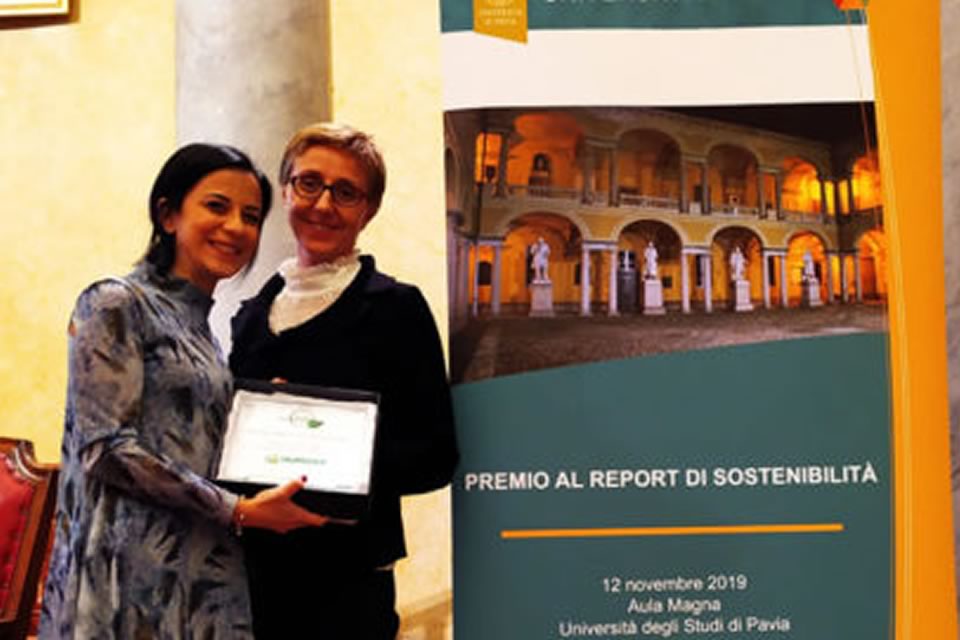