We will be presenting at the COP27 Africa Regional Resilience Hub where focus is on climate change Tuesday, 20 September 2022. The climate crisis affects every country on every continent. We must act now to protect our planet and our future. 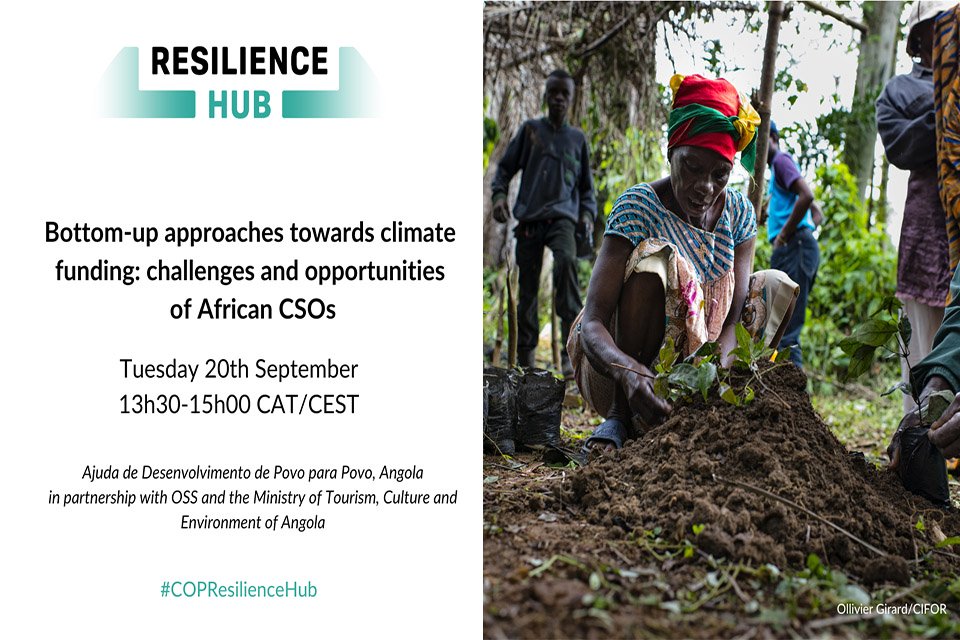 We value the urgency of the call for climate adaptation. For the call to deliver it must build on the capacities of people living with the effects of climate change. Climate change adaptation and resilience must be created from the ground up, locally led and facilitated by governments and donors. Communities need political and financial backing to leverage local and indigenous knowledge that supports people-centered adaptation and ensures healthy people, environment and climate.

Our member ADPP Angola in partnership with the Sahara and Sahel Observatory (OSS) and the Ministry of Tourism, Culture and Environment of Angola will share the experiences of an Adaptation Fund project in Namibia and Angola at the COP27 Africa Regional Resilience Hub. The title of the session is called Bottom-up approaches towards climate funding: challenges and opportunities of African Civil Society Organisations(CSOs) on Tuesday 20th September at 13;20hrs - 15:00hrs CAT/CEST.

ADPP Angola and DAPP Namibia partnered with OSS on a climate change project working with Kavango River communities to support cross-border coordination and cooperation along the Angolan-Namibian regional border communities. The project called “Resilience Building as Climate Change Adaptation in Drought Struck South-Western African Communities” (ADSWAC) is a 5-year project that will build resilience against the effects of climate change.

The COP27 Africa Regional Resilience Hub is led by the Climate Development Knowledge Network (CDKN), hosted by SouthSouthNorth. It is delivering a programme of in-person and virtual engagements on regional priority topics in an online programme of events from 19-22 September.

The event is a forerunner to the UN Framework on Climate Change Conference COP27, to be held in Egypt in November, is set to be a critical moment to boost global Climate Action.

The vision for the Resilience Hub is to be a significant force in catalysing climate-just action and increasing finance on resilience through an inclusive and dynamic space at and between COPs, uniting and motivating actors from across different sectors, scales and geographies. Its particular focus is to broaden and deepen the engagement of non-state actors in resilience actions as home to the Race to Resilience Campaign and in line with the 2030 Agenda.

The Resilience Hub is not simply an event space at COPs, but a ‘connector’ for a diverse community of actors from businesses, investors, cities, civil society, research institutions, community-based organisations, grassroots federations and many other actors engaged in driving efforts on adaptation and resilience.

The Resilience Hub COP space is a key uniting moment, but it is also cumulative of the continuous process of dialogue, advocacy and action that will take place throughout the year, building from the first ever COP26 Resilience Hub and through to 2030, aligning and engaging with key international resilience initiatives and targets. 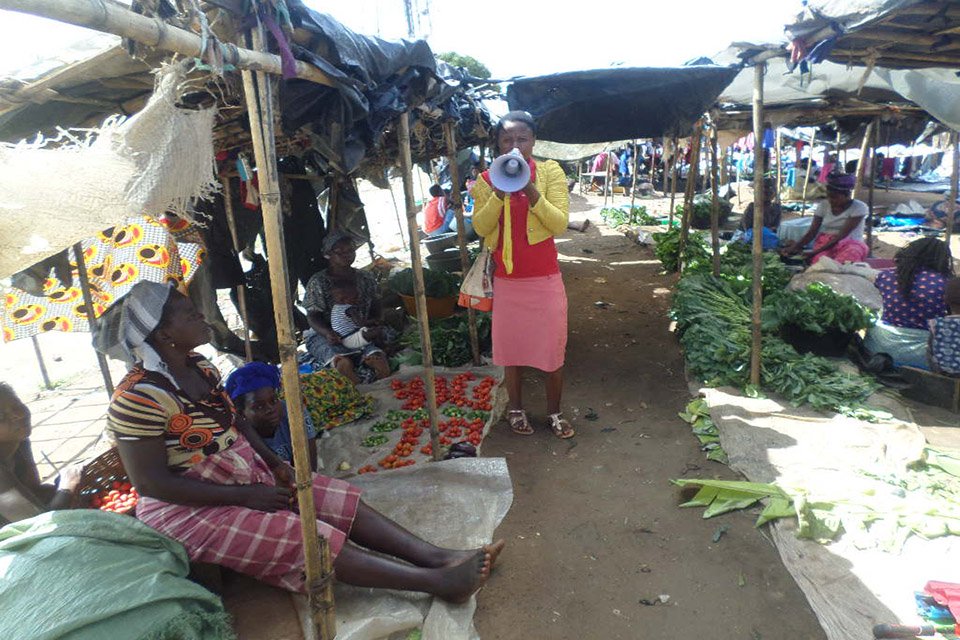 Solidarity grows in the meeting between people
Solidarity is created when people meet people. 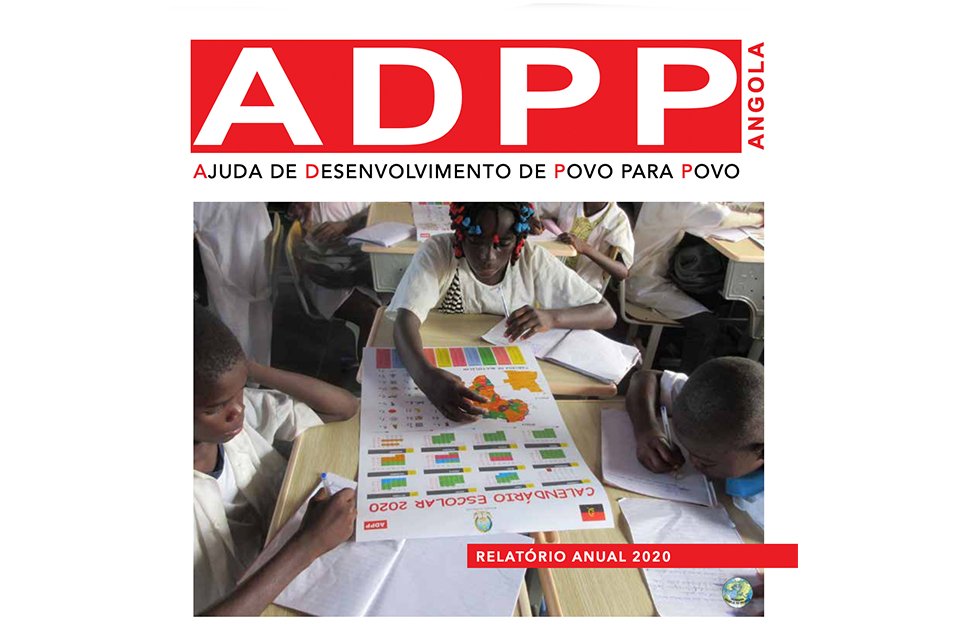 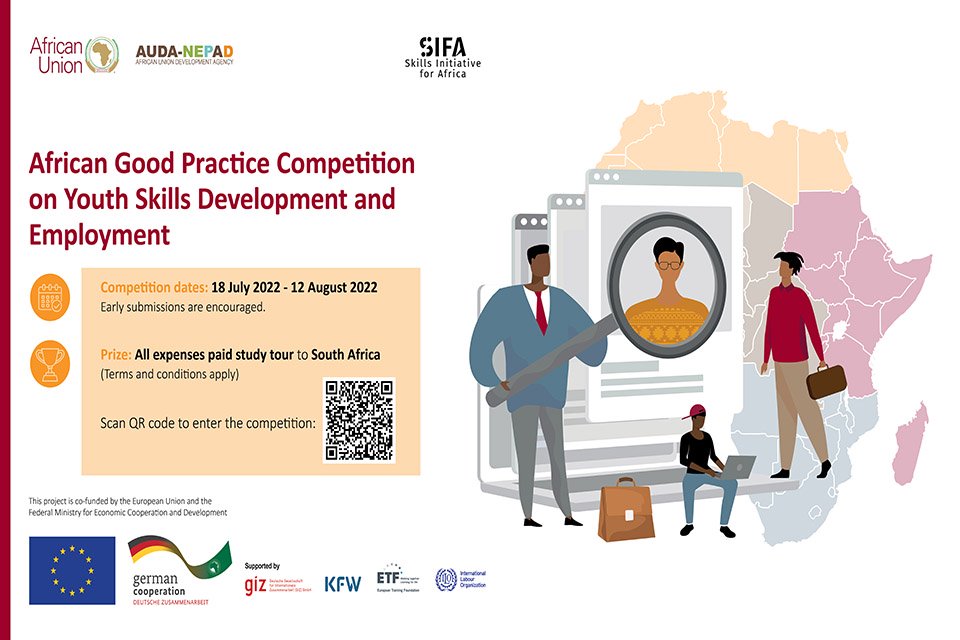 DAPP Malawi wins an African Union Development Agency - NEPAD prize on TVET
We are excited to announce the prize given to DAPP Malawi’s Mikolongwe Vocational School for their informal mobile training courses, which has benefitted over 10 000 youths in Malawi since 2016.